So, Galicia was really a surprise in a good way (except the coffee is still just Spanish). Weather wasn’t good at the time, but doesn’t matter. Seashells in many different ways, fish, octopus – everywhere (yes, I am skipping the easter breakfast at home again, at least some standard has to be!). Vigo is actually quite modern city, slightly bigger than Ljubljana, but definitely not boring. Short trip to the Cíes islands national park, and a surprise look, when I ask for some nice restaurants to go – “food is good wherever you go”. And those two iMacs in tourist office are definitely worth to check out! 🙂

Since a week ago I keep on asking myself, why I went back to Portugal – while there is so much difference by the “neighbors”. I had visited Galicia for Easter. I think that is the question that people ask when they come from Austria to Maribor for example. How there streets can be clean, there is no garbage in front of the doors (I believe is definitely difficult to put the garbage into bin), the sidewalks are made that you can easily walk without looking down and at least those houses in the city center are not falling apart. Vigo and Pontevedra are both at the coast and also the food there is like that. Oysters are sold on the streets, octopus also. Find something like that in Porto, if you can. No go, because francesinha is the national dish here! Sometimes it seems that octopuses and squids are swimming just till spanish border 🙂 So, go to Azores or Madeira, if you wanna eat good portuguese food.

A week before I met a galician guy suggesting me to stay in Vigo just for 2 hours and go to Pontevedra instead. I would definitely stay more time in Vigo, but that time he was insisting that Vigo is boring and there is nothing to do. Actually, Pontevedra is really cute city that made me feel nostalgic about life in small cities. A year ago I realized, that is possible to have much fun in a city with 20k inhabitants. And I still find it interesting, how can some small towns never be boring and with much things to do and on the other hand, in Maribor you can only go on when calendar says so.

To sum up, Pontevedra is lovely city with and picturesque historic center, tidy streets and with main square full of people – also on Sunday! 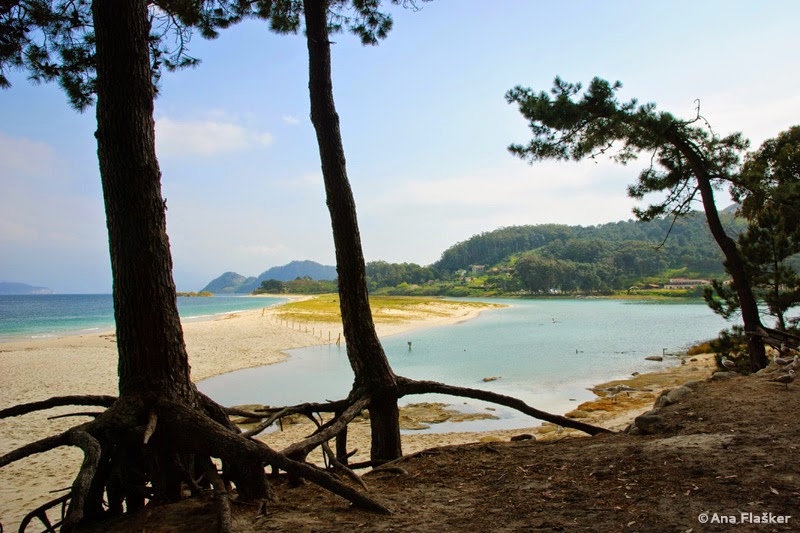 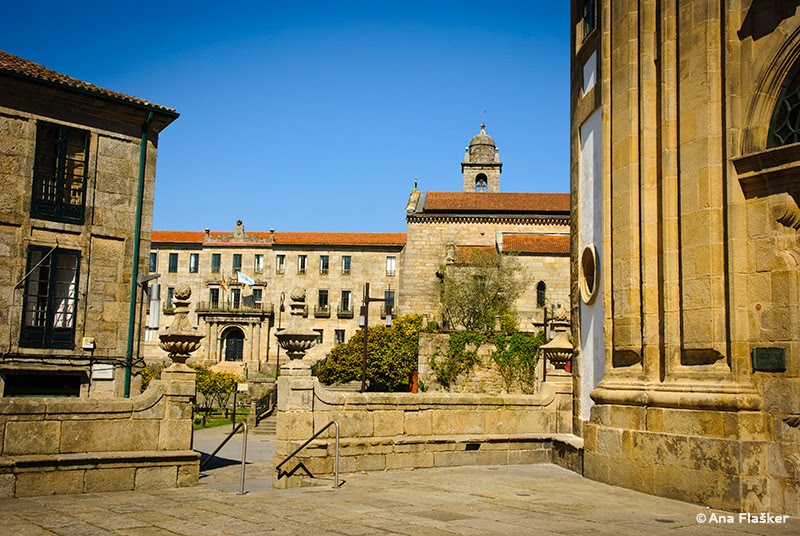 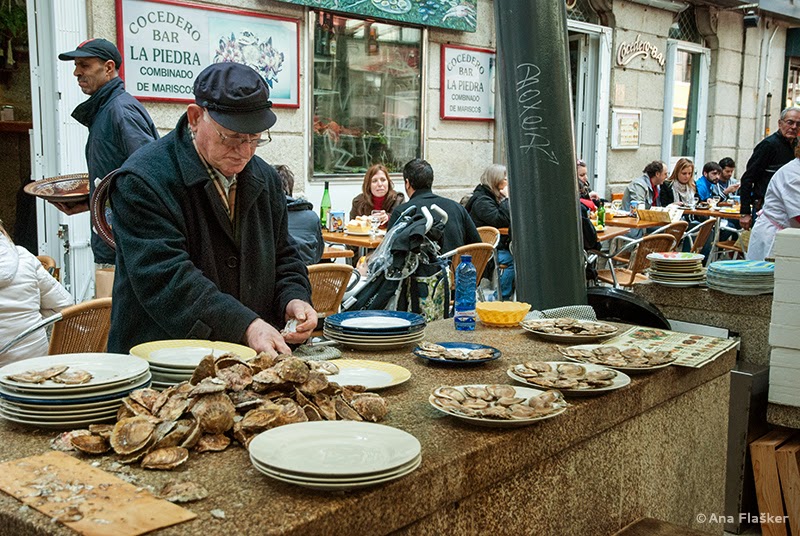 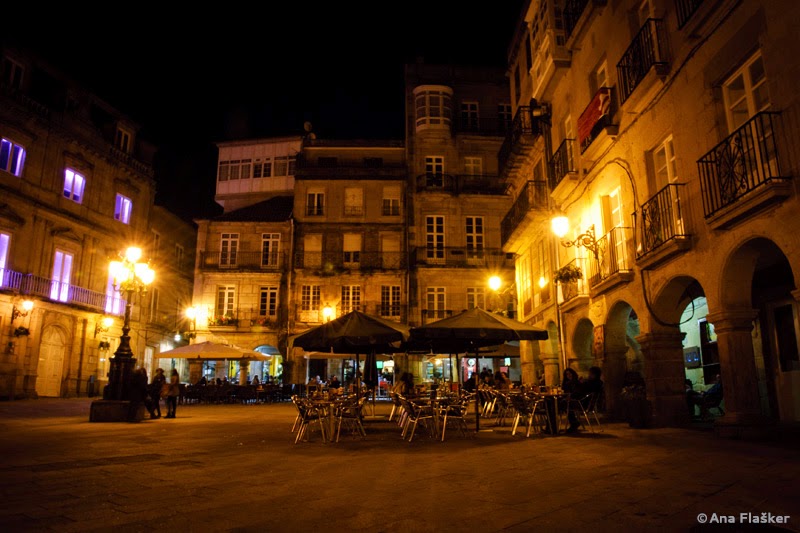 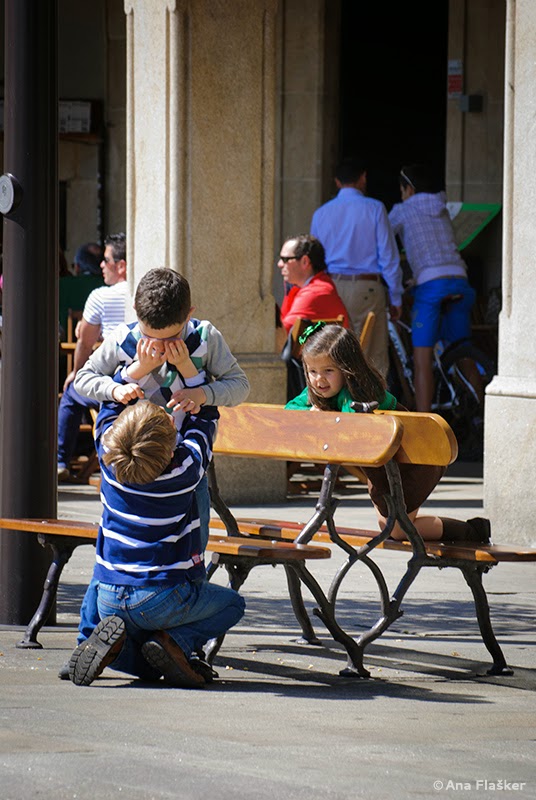 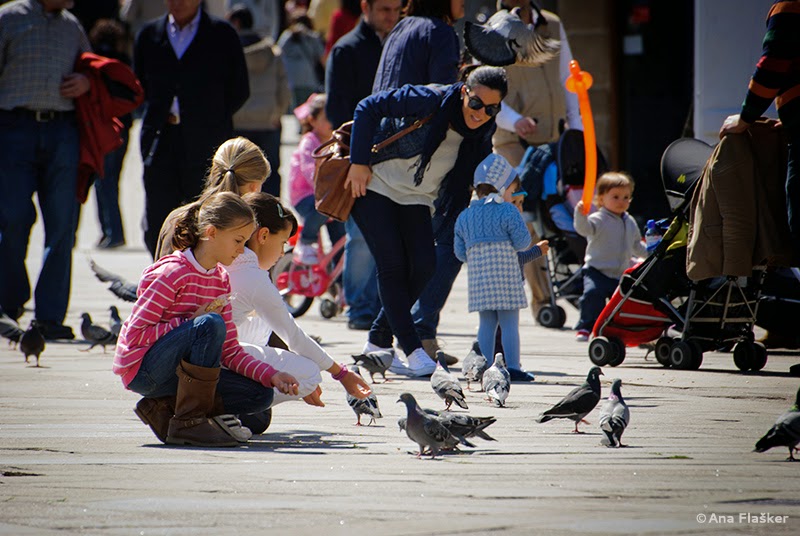