While planing our trip and things to see, we found the article about blue lava in Indonesia. I was sure, that this phenomena is going to be on another side of Indonesia and not somewhere close to Java or Bali, like was our first plan for visit. In the end we found out, the blue (often famous indonesian spelling – “bloo”) lava volcano is in the east part of Java and actually very close to Mt. Bromo.

We knew that the transport on the ground is really slow, but I think you can survive a day on a bus or train. There is almost no public transport to Bromo and if you have to do 150 km + before reaching the closest city, you will definitely miss the one and only public bus. While travelling in Indonesia is very common to book a trip to remote but touristy places by local agency or a guide (in some places you are not even allowed to go alone) or to hire a taxi for all day. There are plenty of agencies in Jogyakarta that organize trips to Bromo and Ijen, the price ranges are also quite similar and usually the Air Conditioned van turn just to the van, where you spend all next day.

After 8 “official” hours of the drive became 14, that explain a lot about the roads here. First, there is no many roads and those that are, are just the “regular” local roads with a million of trucks, cars, scooters and occasionally a horse. In Indonesia they officially drive on the left, but everywhere in reality. You also need to avoid all holes and need to speed up other cars, even if there are other cars coming upfront, on the left or on the right, it doesn’t matter. I still thing that driving in Romania is a bit crazier than here.

I think we were the last one who came to Bromo that evening. Finally the air was a bit chilly and maybe even too cold in the night. You have to wake up at 3 AM to see Bromo in sunrise and take an hour walk before. There is a little smoke from the crater, a smell of sulphur and another crater and few mountains behind (yes, very accurate description). And after the sun rises, you can actually see everything around, really wonderful. The reason why I didn’t want to go to Bromo by agency is, that you have to leave after breakfast. And if you don’t book with them, you are going to overpay everything – they clearly know that you can only walk down or to say that they are the only one that have room available.

After Bromo we are heading to crater Ijen. It look like a short ride on the map – down to Probolingo, few kilometers on the road and than up again. And yes, it was enough for all day again. In the middle of the jungle we stop few times to cool down the machine of our van 🙂 and it was dark when we arrived (is true that sunset is at 6 pm already). Waking up at 1 am (just to be sure to leave on time, they come to knock on your door 15 mins earlier). Luckily everyone was tired from the night before and noone had problem to go to sleep at 8 in the evening. Of course they don’t say that the wake up time for blue lava is so early, otherwise it would be more handy to go to the bar and wait until the departure – but there is nothing 🙂

Blue lava is visible only in the night. To reach the crater, you have to go with a guide. It is around 1.5 hour walk uphill and after the sign “dangerous, death warning, forbidden to go down in the crater” you descent into the crater of Ijen. On purpose I didn’t google any image of Ijen and because there is always a surprise of scenery in the end. Well, I thought I smelled sulphur at Bromo, but it was nothing to compare with Ijen. More we are going down, worse the sulphur smell is getting. The sulphur smoke is everywhere, and when the wind changes the direction, is even worse. Occasionally wind changes the direction, so you can catch some not so sulphurish air, before start to cry in the sulphur smoke again.

After all the problems with my lens, I am determine to take some photos. I know I lost at least 5 years of my life because of just being the the crater itself, so few minutes more or less, I won’t make a big difference. While climbing back up the crater, it start to dawn and I can finally see that crater is actually huge and even has a lake – yes, the acidic one, ful of sulphur shit. The mountains and the volcanoes around looks like someone had drawn them or at least like something what you see only in the movies.

Among the landscape, there are bunch of miners here that are digging the sulphur and take it up in the baskets and sell for something like 14000 rupias per kilo. The miners are surprisingly small and tiny guys, and it is difficult to believe that they are carrying at least 70 kg at once in their baskets for an hour or two to reach the base. 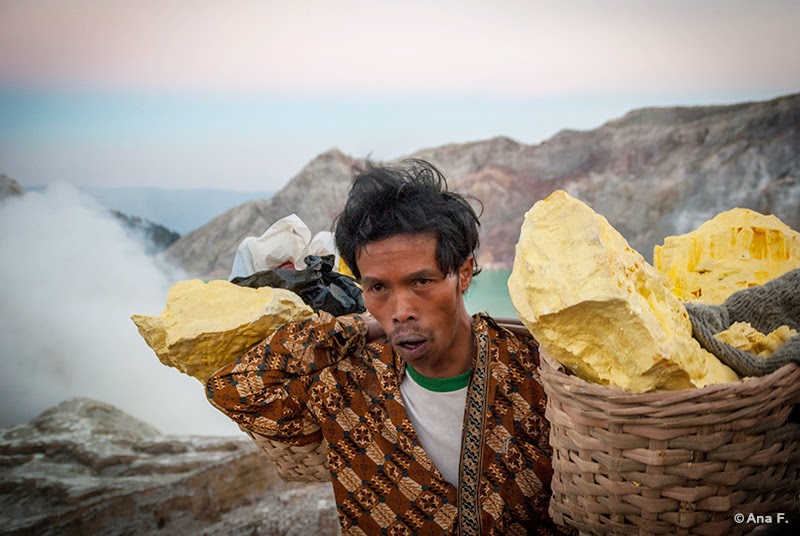 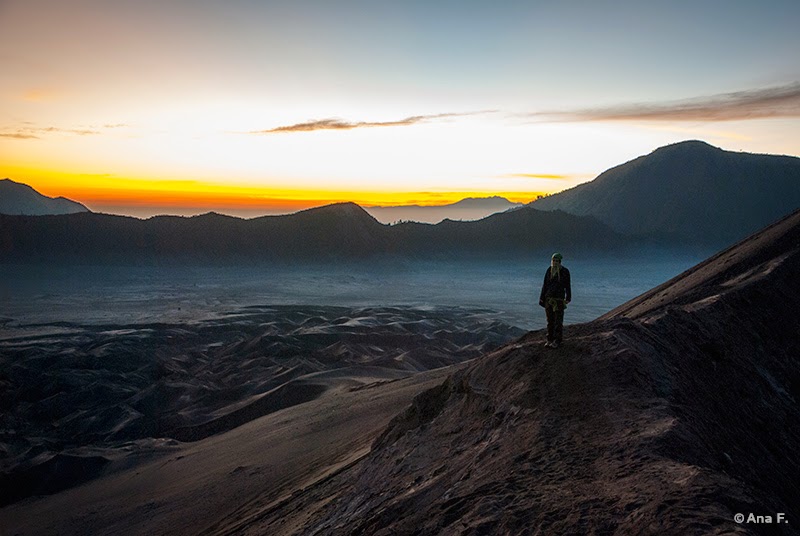 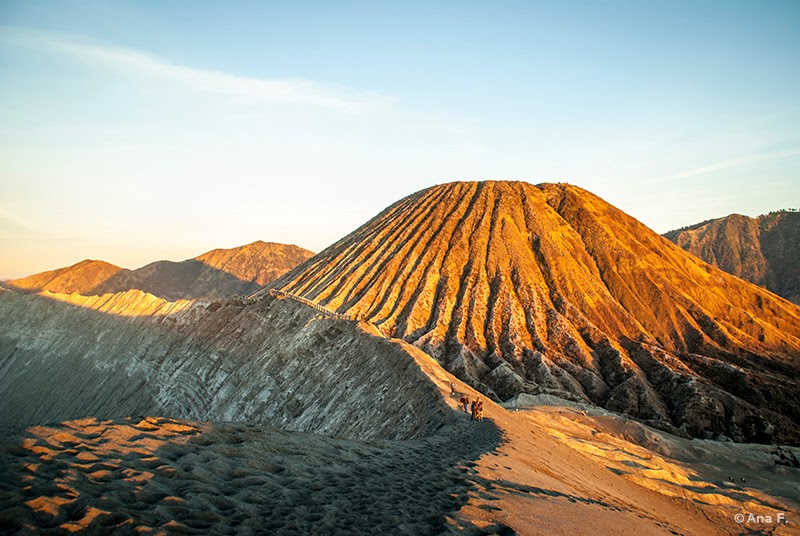 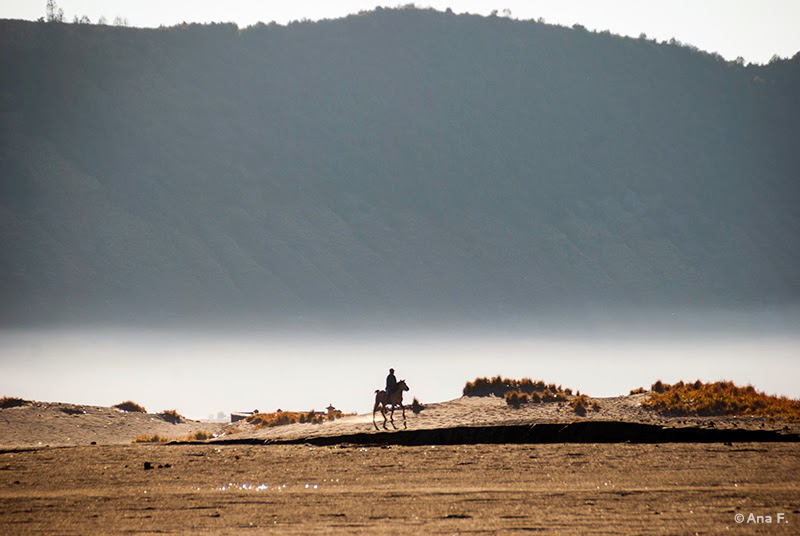 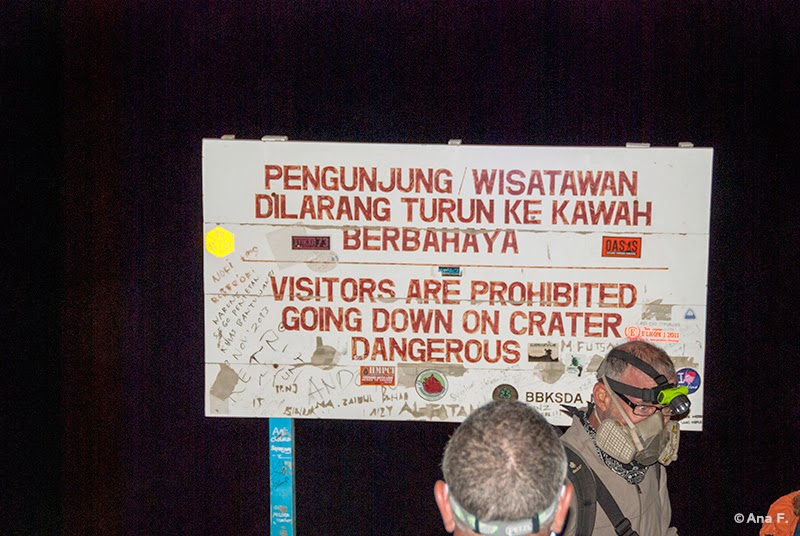 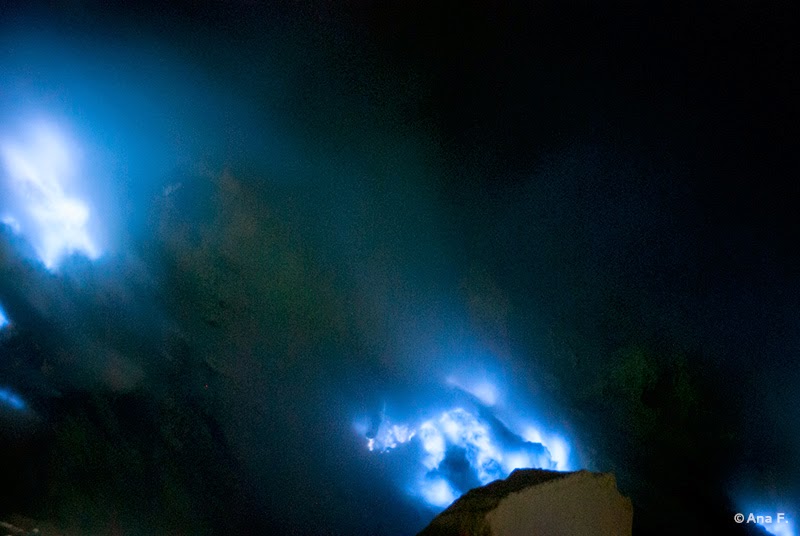 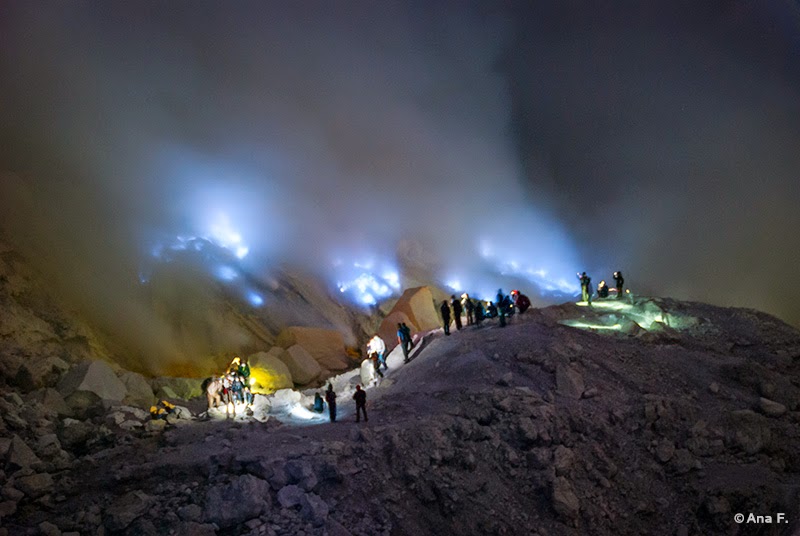 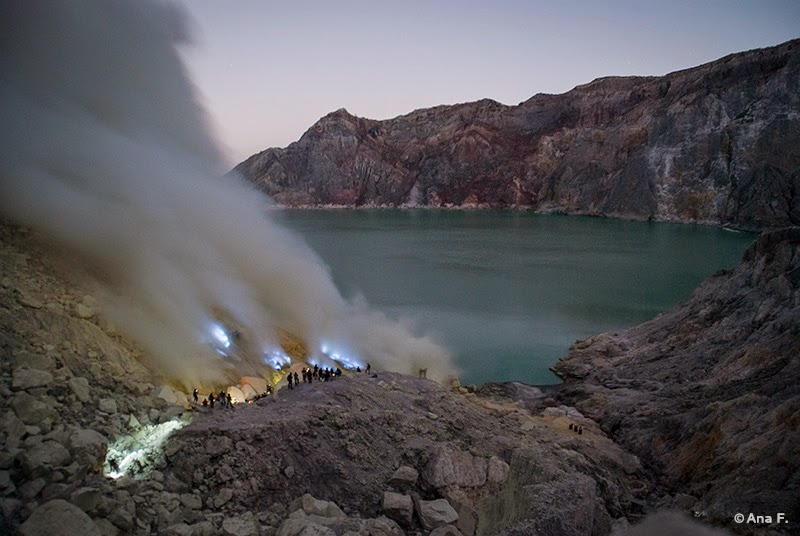 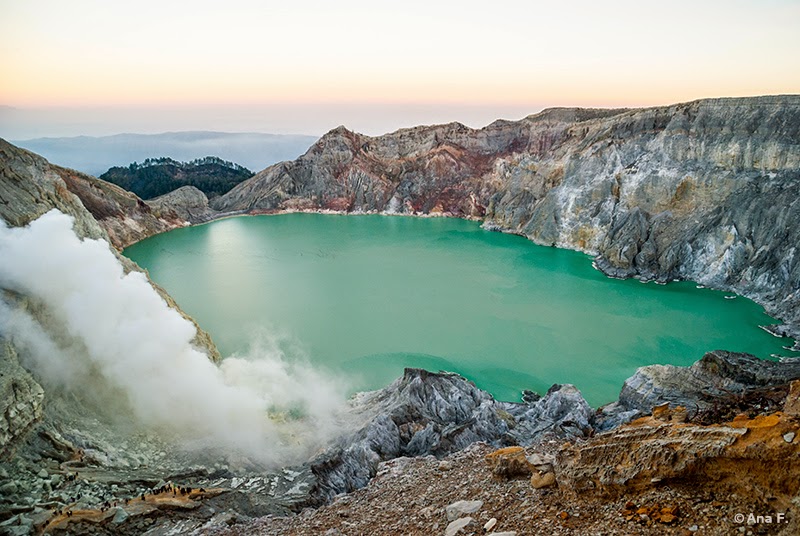 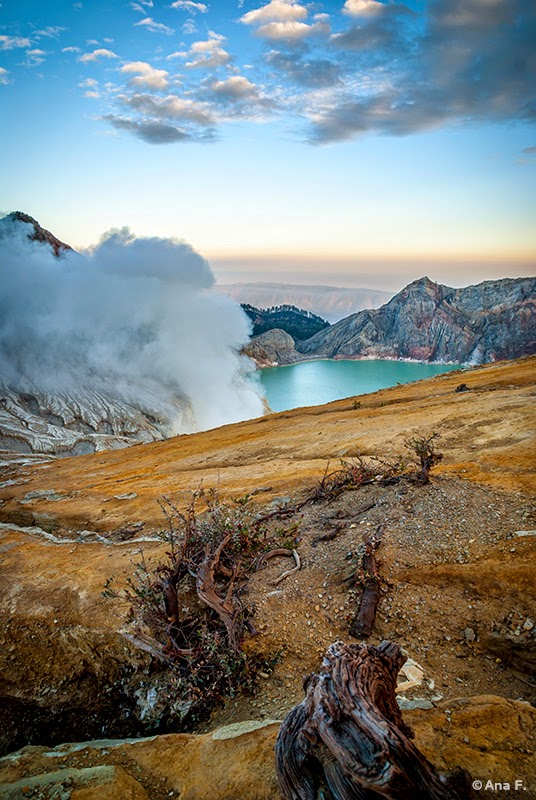 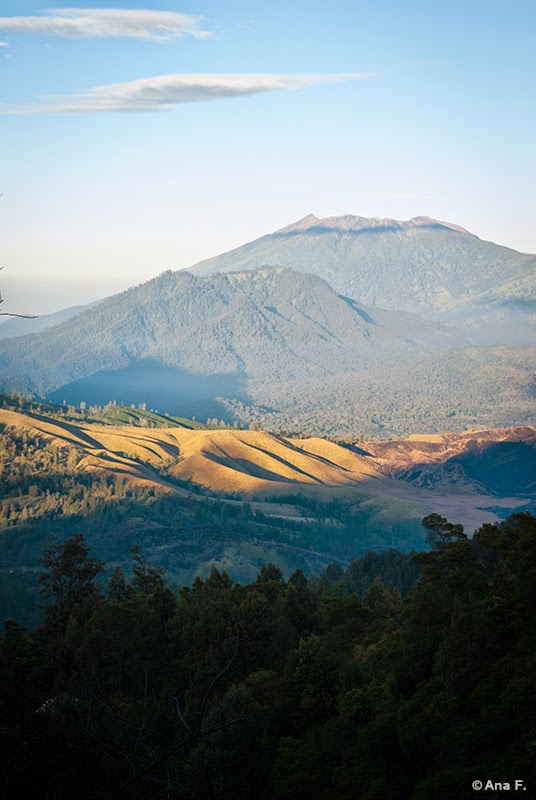