In case you were wandering and trying to figure out where I went for my official vacations, the answer is “Longyearbyen”. What? Exactly!

The idea to visit Svalbard bump up when curing my “hangover” in the beginning of this year. Discovered almost by mistake, while we were searching for the best places in Norway to see aurora. List of places on one page, and norwegian airline on another. Oslo to Tromsø 50 €, Oslo to Svalbard 60 €. Bummer. It was clear we are not hunting for northern lights for this season, but you never know when you will! So, we made a nice convincing plan to convince somebody’s boyfriend as we already agreed that this was discovery of the year. And we already knew that we are sold. Well, I had somewhere in the back of my mind that world seed bank is somewhere up there, and polar bears don’t live only in zoos. But, after realising that you can be a normal human to reach the Arctic seeing polar bear in its natural habitat was added to my bucket list.

After awhile it was clear that convincing plan is not working as first target, wasn’t convinced as we were.

– Why the hack you want to spend your summer holidays at 5 ºC and not somewhere on the WARM beach?

– Yes, but you have 24h sun in summer, isn’t this awesome enough? And beach is also there! You don’t need to go to sleep and just jump around all day long!

– Well, I don’t want to spend 10+ € for a beer! It’s still Norway and Norway is crazy expensive when it comes to alcohol!

– Well, not in Svalbard, as alcohol there is tax free. So, there will be plenty of beer to enjoy!

Two weeks after we figured out, that our hiking and camping plans are not possible, unless we will have a rifle with us. Yup, polar bears can be quite bastards and you are not allowed to leave the city without a gun.

Two months a friend “still in game” figured out that she will be working all summer, but for me was to late – I was already sold. Attempts to convince somebody else were just making friends laugh and questions – if I am really serious about it.

So, I ended up going up north alone, not a big deal.

Second day my credit cart got blocked. I received a nice email saying that “we noticed some unusual activity with your card and we blocked it“. Yes, because I booked bunch of activities a day before 🙂 Wasn’t that big deal – stuff was booked, hostel payed and shopping for most of the week done.

The place itself is hilariously funny. Mix of scandinavian architecture and “green” things, to heavy industrial leftovers from before the WWII. Lockers to lock your rifle in the supermarket, as they are not allowed in the shop (surprise, surprise!), sign in the post office – “no guns allowed”. Anyways, it is more often to see a person carrying a rifle than smoking a cigarette. After 5 days you figured out it is just the way it is.

Within the day I totally lost the feeling of time. Sun is up for 24h and yes, it makes whole 360º around in the summer. Of course at 00:30 directly though my window. Sleeping was almost as taking a siesta in (sunny) afternoon. Yes, why you need a decent curtains, shutters, sun blinds or whatever is it? After a week my eyes were hurting and red. I actually wanted a real night back. You also don’t feel sleepy. And people walking “all night” around the city don’t make things any easier.

Nature is awesome. Snow, glaciers and sea. I missed the “peak” season of icebergs in the sea, but there was still bunch of ice close to the glaciers. There is no trees. At least not in normal size, but some biologist will show you the trees hidden in grass 🙂 and even though Svalbard is considered arctic desert, there is bunch of flowers to see in spring and summer. And grass. Reindeer is not scared at all, they are walking around the city, and don’t give a shit if you approach them. Looots of birds nesting half a meter away from the road. They also pretty much ignore you. Even more – one bird might even attack you if you come too close to their nest. And walruses? They are sooo fat, that polar bear can’t eat them. And just to make fun of you, their colony is more than 2 hours ride by boat to the middle of nowhere – but they settled next to abandoned house. Just because they can and to ruin your photos. But they are awesome. All day chatting with each other and swimming in the sea. And eating of course.

After my credit card was unblocked, I was able to taste some “local” beer and get few more stuff (yes, beer – so what??) from the shop. I knew that the prices are going to be insane, at least for all fresh stuff. Canned and food that stays long has normal norwegian price, but everything fresh is crazy. Not to mention that there was literally everything available in the shop. From fresh herbs, bunch of asian and exotic stuff, well everything. This is Norway, you know? No, it is just somehow Norway. Once you go back to mainland Norway is cheap until you go for a beer. Fresh milk 38 nok, yoghurt 32 nok, not to mentioned some fresh veggies or fruits, it’s literally more than 1 € per tomato or apple. And than – beer starting with 7 nok. After few days I wrote a message to a friend asking if this is consequence of sunlight or just a logic – So, if milk is 38 and beer 9, it makes sense to eat cereals with beer for breakfast, right? I expected answer like “omg, you can’t do that”, but – “oh, but sun is up all time right? so, you can imagine is just a meal, not a breakfast, so, you can have a beer with your meal.” Thanks! (Yes, that’s why I love my friends).

My favorite of Svalbard (well, I haven’t seen polar bear, just polar beer) is Russian settlement Barentsburg. Before I went up north someone told me that this is apparently the most depressive city in the world. Well, depressive is relative, but it was definitely unique. Stuck in time of Lenin, signs “viva communism”, destroyed streets and city was half empty. And that’s the whole point of it. 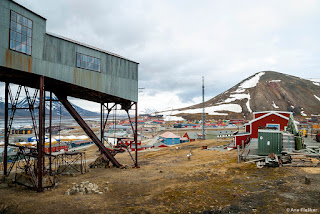 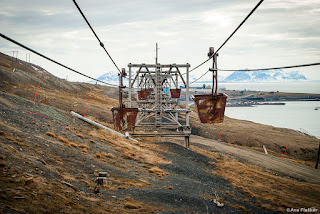 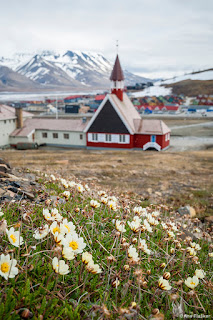 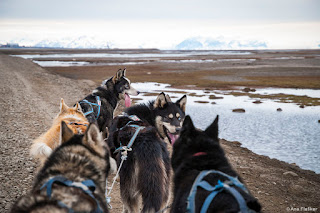 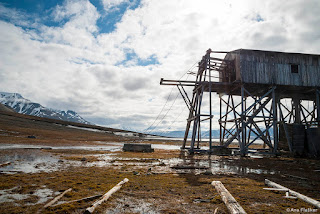 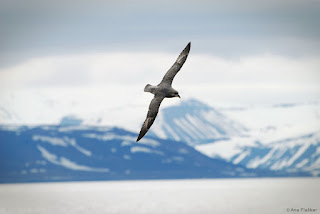 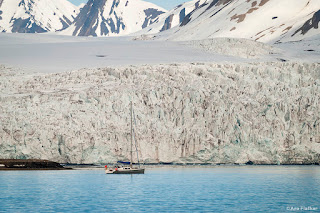 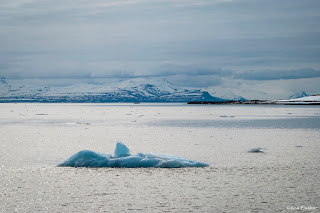 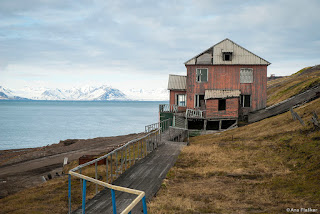 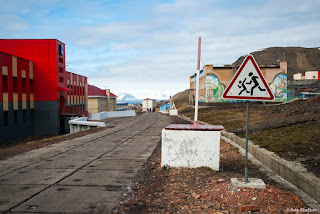 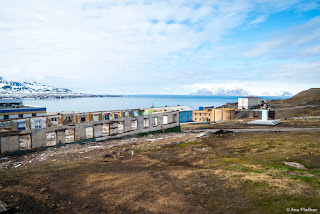 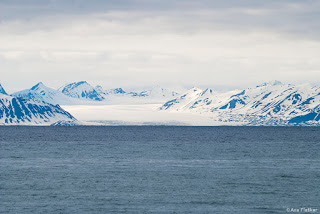 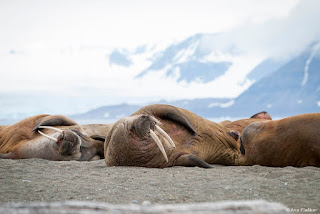 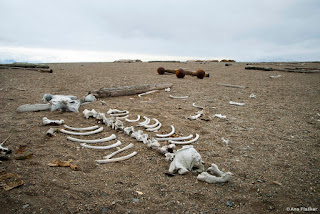 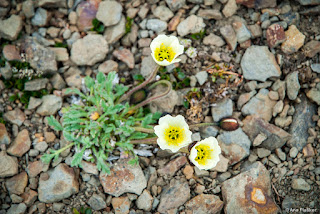