Travelling in Thailand is very easy. No need to bother with bus or train timetables and hunting for cheapest option, you soon realize, that your hostel is goning offer you the best deal. So either a day before or same day you book your trip to next destination. You get a voucher that you show to your tuktuk driver or in the bus/ferry/whatever is it first. In the best case they are going to exchange it for real ticket (you will proudly hold it for next 10 mins) until you get a sticker on your t-shirt. Can be different color, sometimes with a letter or two written in it. Depending where you are heading to. Everytime I had the sticker on my t-shirt I’m a bit worried, if its gonna stay there or fall off. Not nice if this happens when you are on ferry and you still have like 200 km after. And they will mostly take care, that you will exchange your van/bus/tuktuk at least few times until you arrive to your destination. But looks like stickers are working as I always arrive where I want (but not exactly when I want).

After all those magnificent islands around Krabi and Ao Nang I was fed up with tourists (and it is only the lowest season possible). Sure it’s nice, but not for me. Check and lets move forward as soon as possible. Even changed my mind of spending few days in Phi Phi island. So I decided to go somewhere very local as soon as possible. Checked Lonely Planet – not even worth to mention 🙂 – yes, I mostly use LP to spot those places – let’s go somewhere where LP doesn’t know. Hostelworld returned 0, Booking 2 expensive places, Google suggested me a place in Trang where I was staying before. Until the moment I bought the bus ticket (in those places hostel system doesn’t work anymore), I actually thought for a moment to go directly to Hat Yai and skip Phatthalung. If I would do that, I would definitely missed some most amazing places in Thailand. When I arrived in Phattalung, the van station is surely bit out of town, guys thought I am kidding when I asked a motorbike taxi to go to the city center. Like “WTF, are you serious??”.

It was fun. Of course there is always a place to stay and girl at the small family hotel spoke surprisingly good english. I heard farang screams in Trang already, but here was definitely annoying. In every place I ate or took coffee people were asking me in which school I’m teaching english. Wasn’t even an option if I’m actually teaching it or not (that was common question in Trang). Kids were mostly laughing and pointing at me or sometimes they were so shocked to see farang that they they stayed with their mouth open (and ran away to tell their parent that they have seen it!!). While with adults was mostly – Hello, (farang) where you go?? And here is pretty much where their english ends. I knew that I will be pretty much able to ignore everything and take all people that stare at me as new normal.

Had to admit I had few very funny conversations while eating dinner at local market. 10+ Thais staring at me and a guy whose english was 10 words better than my Thai (which is just ekhmmm… 3 words, sorry!) ) trying to figure out what I’m doing here and convince me that I’m actually teaching english. Well, will consider it when is time to do something I never did before.

Haze in Thailand was almost over before I arrived to Phatthalung (thank you Indonesia, thank you!) and if I wouldn’t go, I would miss one of the most picturesque landscapes of Thailand. Rice fields with inverted karst in the background, cattle with hump, lots of them, magnificent lake out off the lotus season, water buffalos, lots of stairs to the temple, fishermen villages and being the only farang in the city 🙂

Thais are pretty much used to take of shoes before entering a temple, house or hostel and most of the times even a restaurant. Yes, I get it. Not that difficult, Slovenians do it also. But not in front of the house but in the house. In some local Thai places you are expected to take off your shoes even before entering a shop. Was fun and probably saved the owner a lot of time in cleaning the store. I will skip the translations at temples here as sometimes they got a bit lost and I’m never pretty sure if I have to take off my shoes here or I can still walk up the stairs.

I pretty much rent a motorbike in every place for a day or two. Is the best way to go around. Won’t say is the safest way, especially as motorbike accident is no. 2 reason for tourist to visit a doctor. Had my lesson last year already, but at that time I was more or less GPS system and reminder – stay on left! Driving the other opposite way that I’m used to isn’t that much of a big deal. Well, happened few times that I drove a roundabout opposite way, traffic light are easy, but when they are switched off I actually have no clue who goes first. Well, is still a motorbike and you can easily squeeze trough the traffic. 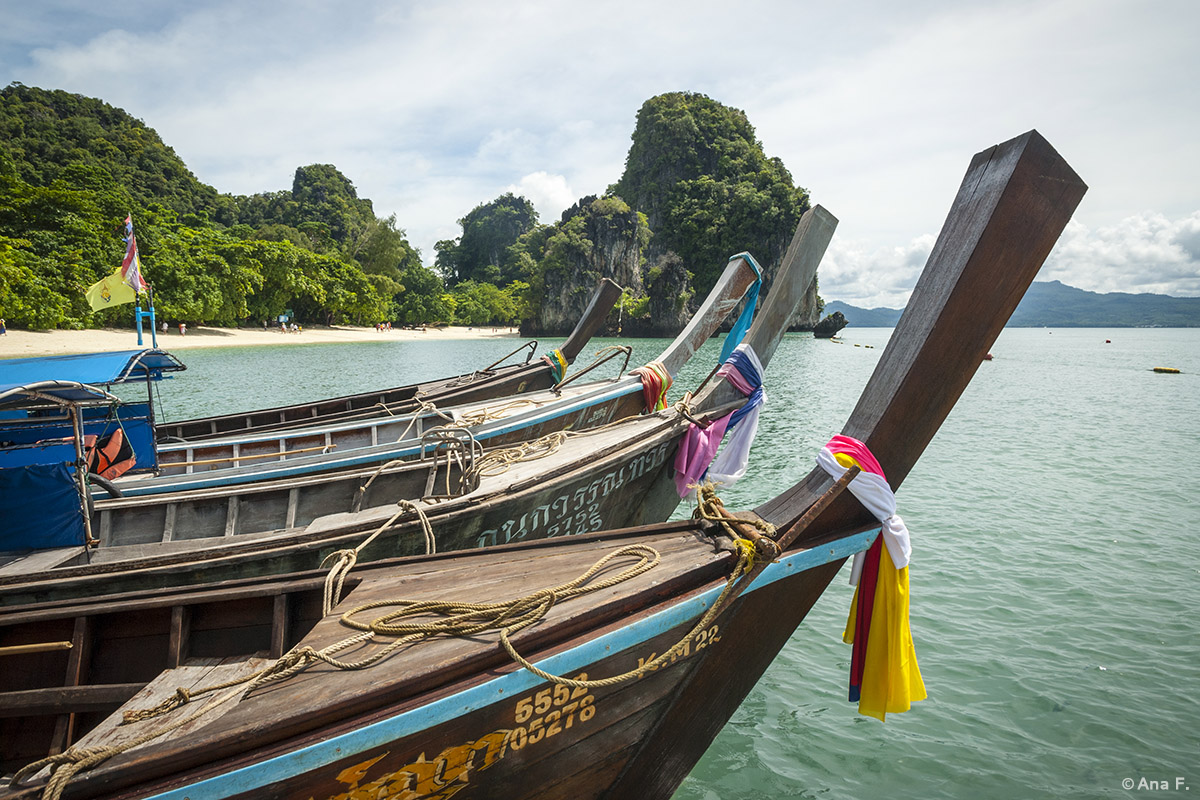 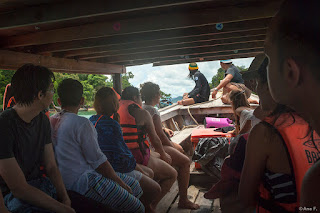 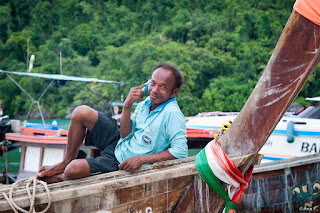 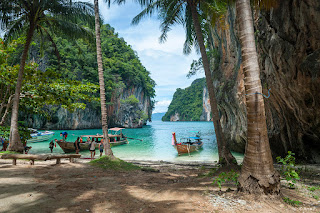 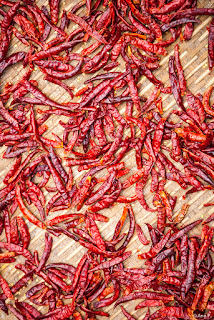 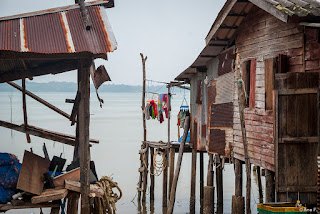 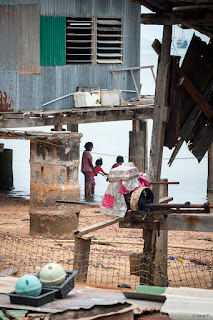 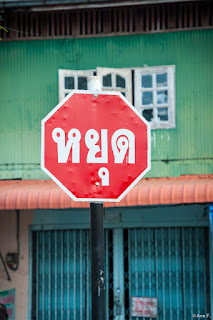 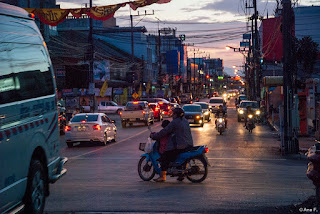 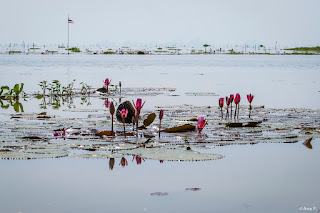 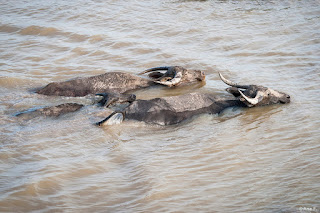 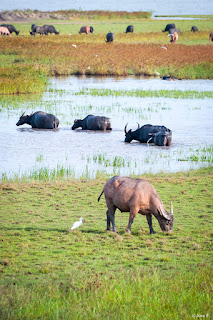 Half moon Koh Phangan
Welcome to the haze!