Except for a week that I went to Pai, I spent pretty much all January in Chiang Mai again. Because it is easy to get stuck there. I was with Aussie fella that I met in Tallinn in the summer. He is heading back to the land of koalas and thought Thailand is nice stopover for awhile.

Looks like my friends are quite an experts when it comes to booking flights. It was not the first time we were flying on the same flight number just a different day. 🙂 Actually is not that bad idea, as it is practically impossible to have a fight on the way to your destination already! And no need to change your plans before you arrive.

Yes, there is this things called bed bugs. And some people that literally hate them and freak out even before anything happens. And than there is this another thing called people that enjoy pushing the limits (or provoking) and those people that just don’t give a shit. I’m not gonna say who was who 🙂 but clearly nobody likes bed bugs (yes, they are fucking true not just a fairytale from your grandma). In the end problem was sorted, no one got bitten, some people realized is better stop poking at and another that bed bugs might be there or not and there is not much you can do about. Or freak out 🙂

And I can always say I have a lot of work to do tomorrow, haha.

Except of few initial bumps with Aussie fella, we both figured things out. I guess I got so much used to be on my own and do things my own way, as also him. But all good in an end, another few weeks were over soon, no tears, have fun and see you later, world is smaller than you think.

Pai is charming, haven’t met anyone that doesn’t like it. Although you have a feeling that many things there are just for tourists. Sadly.

Hot springs, Pai Canyon, rice fields although dry and empty at the moment, waterfalls, motorbike rides, nice evenings by the fire, searching for three perfect stones, hahaha, some stupid people that got caught having/buying weed and had to pay their “fine” (I met those guys later, but is definitely the most stupid thing to do), awesome private bamboo huts for the price cheaper than bed in dorms.

I was happy to see my lost Tunisian brother again (yes, all those no Facebook people that just happen to find each other again), got sick, Googled dengue fever symptoms 2000 times, luckily happened to be just two days fever in the end. Back in Chiang Mai my fabulous hiking sandals got stolen (yes, this take off your shoes policy) so had to satisfy with Thai Teva for the moment.

Job of the month: Italian who is determined to become an english teacher in Thailand, because “every english is better then no english“. Not sure if I did a good or bad thing replying his emails to job application. Ha.

So, that famous curly road 1095 to Pai. Apparenlty 700+ curves, ~130 km, bit less than half of the road under construction (Jan 2016), the rest either fresh new or hole in the hole on the hole in hole. It pretty much takes all day from late morning with the stopover for waterfalls, the best coconut, coffee and similar stuff. There is also geyser (that we somehow missed) and expensive hot springs just before Pai. There is one company that has offices in Chiang Mai and Pai and let you rent a scooter at one place and drop it of at another. Meanwhile they will take you bag free of charge. In Ching Mai they have office close to train station – Aya Service, you better come early if you want to rent a (decent) scooter or they might run out of them or have just the shitty ones left. Price vary from 100-200 baht + 40 baht for insurance. Get a decent one if you are 2 people as the road is pretty much up the hill all the time. 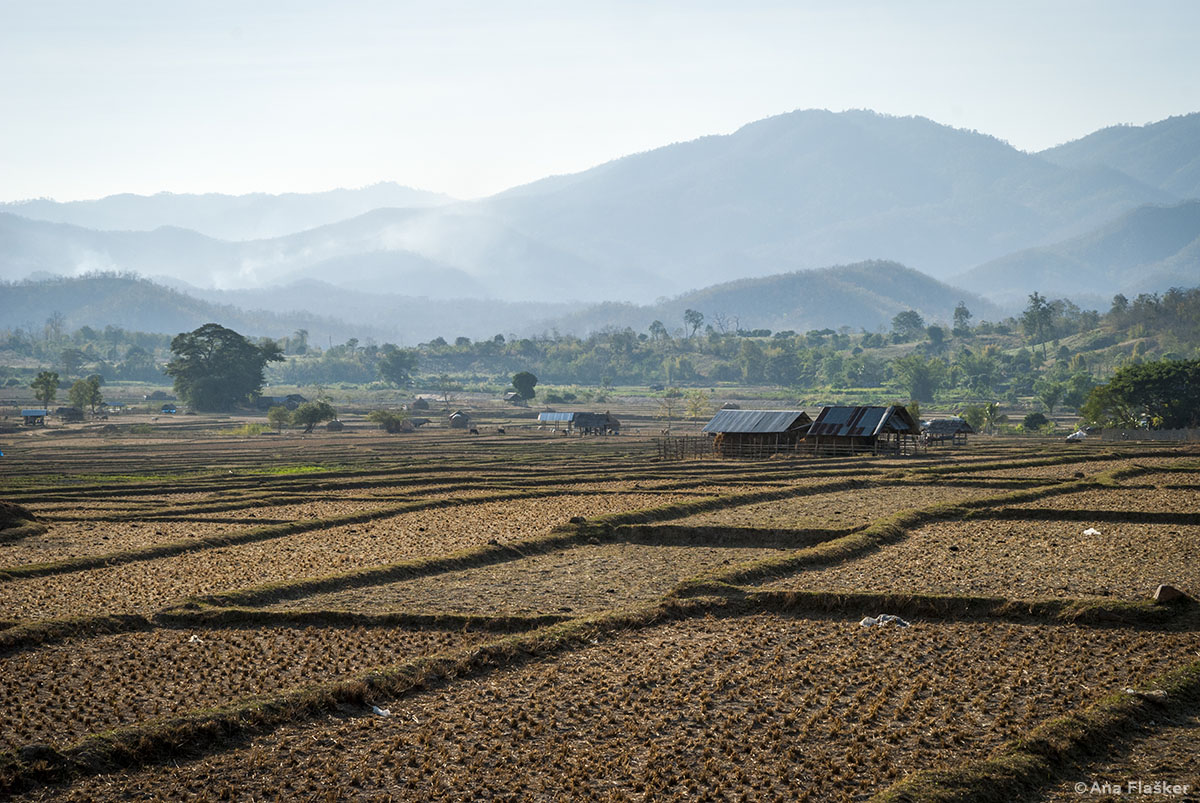 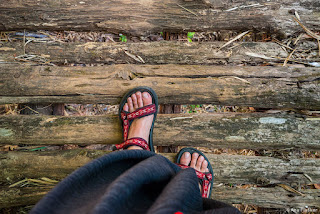 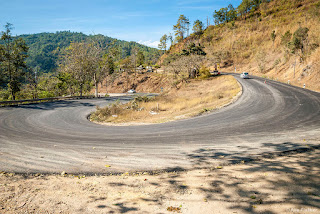 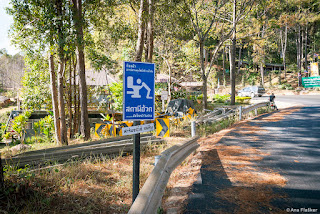 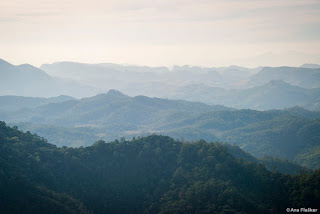 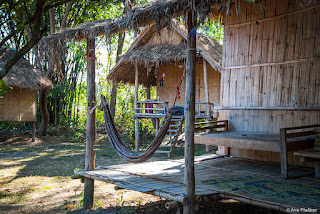 All those signs
Down by the Mekong