Jesus was Georgian. There is no questions about.
“This is a fact.” //end of conversation.

That was last time I was provoking some Georgians in Georgian-Armenian dispute about Jesus’s nationality.

Chacha still solve all the problems (except the Jesus’s nationality).

Basque people are apparently Georgians. There is whole theory about it. So dear Basque people, you are not the one and only and all that special – in case you don’t know – you are Georgian! Everyone was Georgian! You all have good food, maybe Spanish “tapas” system, was actually brought over by Georgians?? And it seems that Basque and Georgian share a lot of linguistic similarities from very special grammar stuff to some vocabulary and -(a)dze ending surnames.

Georgians are still nicely weird. The moment you almost like them, they will do something very Georgian. Like other time I was hitchhiking I ended up having picnic with local people. All good, a lot of chacha and even some more chacha. They left bunch of food for breakfast (I had a tent), but we stored the food away from the tent, because I don’t want to see the bear from really really close. Meanwhile there was another group of people at the same place – in the morning there was no food bag, but we found some of the stuff on the fireplace.

Hitchhiking in Georgia is really easy. Even all the way to the end of the world – Omalo. This road is even more curly than the Georgian alphabet, took 5 h to drive 70 km in 4WD. To drive, not to hitch!

You would think that Georgians eat khachapuri when they go back home from party party, but they are actually crazy about khinkalis in that state. Do it in style, ok!

Oh, the mountains. And f* crazy shepherd dog. Apparently if the shepherd dogs are chasing you, you should sit down and they will calm down. This shit doesn’t work with crazy ones, in that case is better to hit the alpha one with the stone.

And then there is a border that moves at night.

And dunno how many soviet bunkers to explore in Tbilisi. Some of them with all exciting stuff still inside.

Glaciers can be red.

People in the mountains are still somehow pagans. There is bunch of temples and holy mountains with “women not allowed” and traditional mountain people split the house in this way: ground floor – women and cows; first floor (split in diagonal) – men and women; second floor – men only (women not allowed).

There are geysers and water springs with bubbly mineral water. O.o

If I was Georgian I would be dyslectic.
Here is why.

Do you see flowers or spaghetti?

Yes I know, I said Georgian too many times. 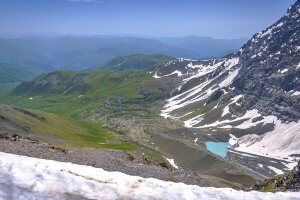 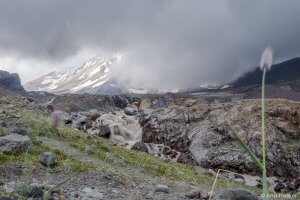 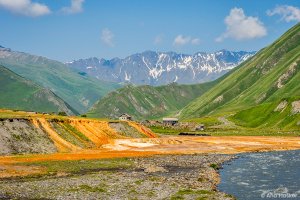 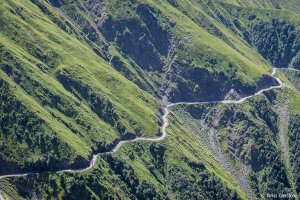 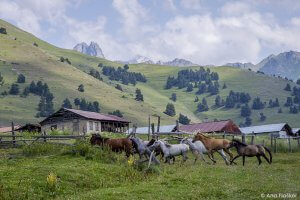 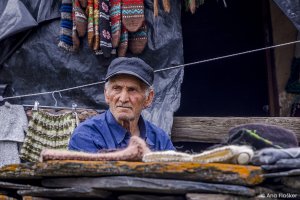 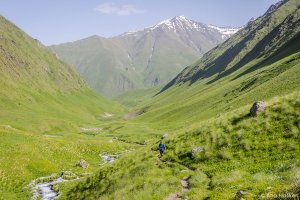 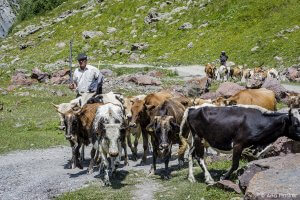 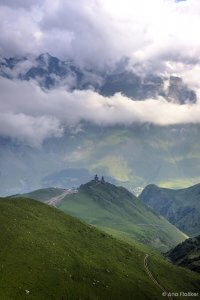 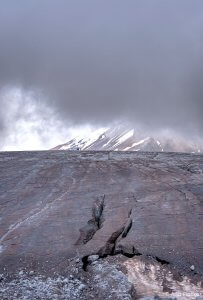 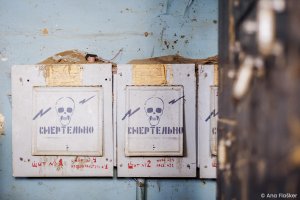 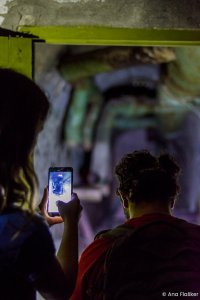 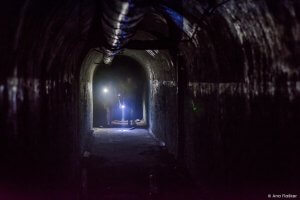 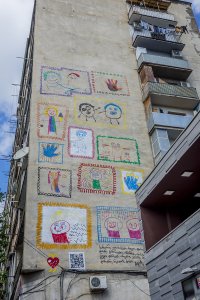